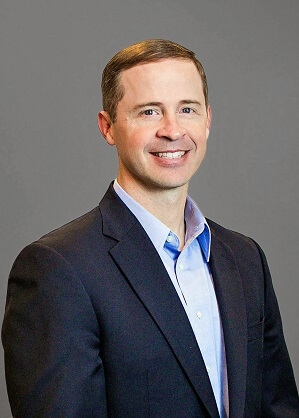 Attorney
Connect with me

Josh Worley was born in Roswell, New Mexico in 1977.  He grew up in Roswell in a house with his parents, Mike and Pam Worley, and his only brother Jeremy.  He attended elementary school at Gateway Christian School where he was one of the original students at the private, Christian school that has recently celebrated its 35 year anniversary.

He spent much of his childhood with a ball in his hand enjoying success in baseball and football in particular. Josh attended Goddard High School where he played football, basketball, and baseball.  His junior year, he kicked the winning field goal in the state championship game to help defeat Clovis High.  His senior year at Goddard he was selected first team all-state quarterback.  Unfortunately football his senior year was cut short when he broke his femur in an early round of the playoffs.  He recovered in time to play baseball in the spring of his senior year, later being selected to play in the North/South All-Star game as a third baseman.  Despite many accomplishments in organized sports, some of his fondest memories of sports growing up include unofficial games created in his back-yard with his brother.

Upon high school graduation, Josh accomplished a lifelong dream of attending Baylor University in Waco, Texas where he met his wife Brandy.  He graduated in 1999 with a bachelors degree in business.  Following graduation, he worked for Baylor University in the Development Office before attending law school at Baylor.  He and Brandy were married in July 2000 in her hometown of Houston, Texas.  They lived in Waco, Texas the first two years of their marriage as Josh completed law school and Brandy worked in finance at L3  Communications.  He graduated from Baylor Law School in 2002 after successfully finishing the nationally recognized Practice Court program.  Josh continues to be a huge supporter of all things Baylor, most recently attending his 32nd straight Baylor Homecoming.

Following graduation from law school, Josh and Brandy moved to Roswell.  He started his legal career on January 1, 2003, where he began practicing law in southeastern New Mexico.  From his first day as an attorney, he worked hard to learn and establish a Social Security disability legal practice for his firm when there was previously none.  His early success in the areas of Social Security Disability and Personal Injury led to a partnership after just five years.

In September 2017, Josh left the partnership along with his brother Jeremy to establish The Injury and Disability Law Center. 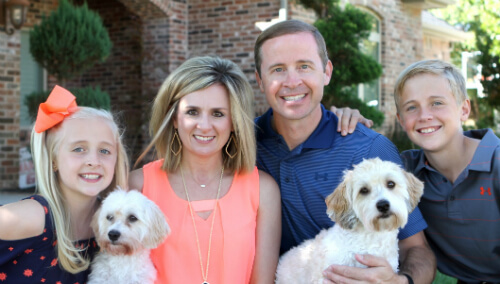 He and his wife Brandy, have a son, age 13, who plays baseball, basketball, football and runs cross-country.  They also have a daughter, age 10, who loves to dance in ballet, tap, jazz, and Irish. They both attend school in Roswell where they are actively involved in numerous school activities.

Josh and Brandy are very involved in their community.  Josh has coached his son’s little league baseball team for each of the past eight years.  Countless hours of fun (mostly fun!) were spent coaching, cheering, laughing, crying, winning, and losing on the baseball field.  Fortunately, there was more winning than losing and more laughing then crying.  Brandy served as the team mom each of those seven years, ensuring that the team was always organized and looked good! Josh and Brandy are active members of Christ’s Church, and for the past six years, Brandy has served as Coordinator of the Women’s CBS chapter in Roswell.

Josh is a founding board member of the Roswell Homeless Coalition.  The Coalition works with the homeless and less fortunate in the community to empower and equip them to build needed life skills to live a positive and productive life.  The Roswell Homeless Coalition is currently working to make renovations to a facility that will provide shelter for homeless women and children.

With a newly renovated office building in downtown Roswell, Josh and Jeremy look forward to being actively involved in community events.  They opened The Injury and Disability Law Center as a result of a desire to establish a boutique law practice that specifically focuses on clients needing help in the areas of Social Security disability, workers compensation, VA disability benefits, and injuries of any sort including automobile accidents.  By opening a law office and building a team of skilled individuals, their desire is to provide a custom legal solution for each of their clients and provide service that cannot be matched by anyone.