Hint: Settlement Amount Is Only Half the Equation

Accident victims often suffer economic (medical bills, lost wages, etc.) and noneconomic (pain and suffering) damages caused by another individual. These losses are often costly, both personally and professionally, because they impact health, finances, employment, and even hobbies. In other words, those aspects of life considered the most sacred are also the areas most impacted by an accident. For this reason, accident victims are entitled to monetary damages as compensation for these losses. Accordingly, accident victims frequently ask, “How much is the insurance company going to pay me for my damages?” 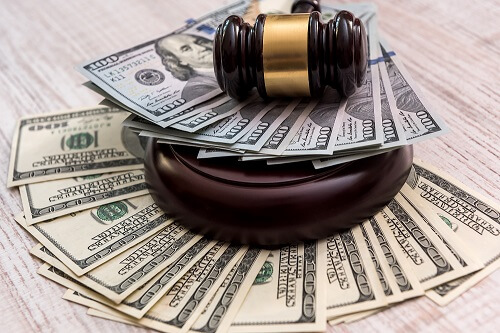 By focusing only on the amount the insurance company may pay in a settlement (income side), victims often completely overlook the amount that must be paid back (expense side).

The better question to consider should thus be, “How much will I receive as my take-home pay?” Or put another way, “How much do I get to pocket after this is all completed?” This is called the net pay out and it is calculated as follows:

Settlement amounts get all the attention, but as you can see from this formula, what must be paid out of the settlement is equally as important. The following example will help demonstrate this point.

Let’s say you receive a settlement of $50,000 from the other driver’s insurance company following a car accident. That sounds great, right? But let’s also assume Medicaid paid for some of your medical treatment; you used medical payments from your auto insurance policy to pay for some medical treatment; and that there are still some medical bills outstanding, such as co-pays, deductibles, etc. that all adds up to $49,000. That debt must be paid for from your settlement proceeds. Using this example, you will only get to keep $1,000 ($50,000 - $49,000) in net pay out. On the other hand, if you settle a case for $50,000, but only have to pay out $10,000 in liens, bills, etc. then you’ll end up with a net pay out of $40,000, which is a much better sum to take home to your family and put toward getting your life back.

Thus, as this example demonstrates, the amount that must be paid back must be carefully considered to understand the true value of any settlement.

There are many strategies that can be used legally to reduce what must be paid out of a settlement. New Mexico law dictates who needs to be paid, when they need to be paid, and how much they’re owed. Working within that system to my clients’ benefit, I can maximize my clients’ net pay out. Medical providers and others have a legal right to be paid for their services, so in no way should net pay out be increased by unlawfully failing to pay providers.

Get Help Maximizing Your Net Pay Out

Failure to utilize legal remedies permitted by New Mexico law when reducing liens and other expenses costs victims thousands of dollars. Sadly, most victims learn this lesson the hard way when they find out their big settlement turned out to be not worth much at all in the end.

This is one of many reasons why it is important to get help from a personal injury attorney after an accident. If you’re in danger of making this mistake, please call me at 575-300-4000, and I would be happy to help you.