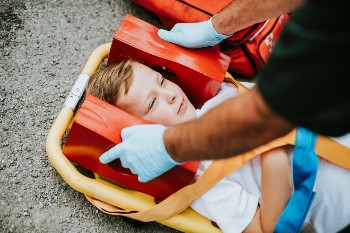 If your child was injured in a car accident in Roswell or Southeast New Mexico, they may be entitled to compensation for their injuries if a negligent driver caused the collision. However, pursuing their rights will be different than if they were an adult. Here is what you need to know about the special rules that apply to their claim.

Can Parents File a Claim on Behalf of Their Child?

In New Mexico, minor children cannot file a claim or a civil lawsuit. However, their parents can file a claim and sue the negligent driver on their child’s behalf if they cannot reach a settlement with the motorist’s insurance company.

While a parent can decide to let their child pursue their claim when they turn 18, the better strategy is to file the claim for them soon after the collision. It will be much easier to collect the evidence needed to win the child’s case and avoid making mistakes that can weaken their case when a claim is filed right away.

Will the Court Need to Approve a Minor’s Settlement?

New Mexico has no rule requiring court approval of a child’s settlement in a car accident case. However, it is unlikely that the insurance company would agree to a settlement unless the court approves it. They would want court approval to protect their rights because of the extended statute of limitations in child injury cases and the possible right of the minor to set aside the settlement before they turn 19 years old.

The parents or the insurance company could seek court approval of the settlement. They would file a civil lawsuit or a petition for settlement approval. Unlike other lawsuits, the pleadings are generally agreed upon by the parties before they are filed with the court. The complaint or petition would state the basic facts of how the accident occurred, the injuries the child suffered, and the terms of the settlement.

In most cases, the court would appoint a guardian ad litem (GAL) for the child. A guardian ad litem is an attorney who is hired to look out for the child’s interest. They would review the settlement, the child’s injuries, and the medical treatments the minor needs. They would also determine where the funds would be held until the child turns 18. The GAL would advise the court on whether they believe the settlement is fair.

A hearing would be scheduled where the judge would determine whether the settlement is in the child’s best interests. In most cases, the parents and child should be present at the hearing. The GAL could give their recommendations at the hearing or file a written report.

The court would also review where the parents would hold the funds until their child is 18 years old. The judge would want the settlement proceeds to be held in a safe investment, such as a certificate of deposit or annuity.

If the child has a specific need, such as a computer for school, the judge could approve the release of some funds immediately. However, the court would not approve using the proceeds to pay for the child’s basic necessities, such as food, shelter, and clothing, that the parents are responsible for providing.

Steps to Take to Protect Your Child’s Rights

If your child was injured in an auto collision, you need to take steps to protect your child’s right to compensation for their injuries. Here are five steps you should take immediately:

Was your child injured in a car accident in Roswell or Southeast New Mexico? Our experienced car accident lawyers are here to fight for the compensation they deserve so that you can focus on helping them recover from their injuries. Call our Roswell office at 575-300-4000 or fill out our online form to schedule your free consultation today.