What is drugged driving in New Mexico? 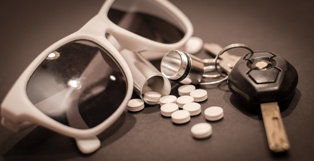 Everyone knows that drunk driving is dangerous, but drugged driving accidents can be just as devastating. According to a study published by the Governors Highway Safety Administration, drugged driving collisions are also more common than drunk driving accidents. In fact, 43 percent of drivers with known drug test results tested positive in 2016, while 38 percent of motorists with known alcohol test results tested positive during that same year.

Driving Under the Influence of Drugs

Under New Mexico law, NM Stat. 66-8-102 makes it “illegal for a person who is under the influence of any drug to a degree that renders the person incapable of safely driving a vehicle to drive a vehicle in this state.” In addition, under common law, driving under the influence of drugs breaches a motorist’s duty of care to others on or near the roadway. Some of the most frequently used drugs by New Mexico motorists include:

You Need an Attorney

There is no roadside testing for drugged driving in New Mexico, which can make the offense of driving under the influence of drugs difficult to prove. However, even in the absence of a positive drug test, an experienced vehicle accident attorney can gather and present evidence of the at-fault driver’s reckless behavior. If you’ve been injured in a collision with a drugged driver, you need professional legal representation to help you receive the compensation you deserve. To learn more, contact the Injury & Disability Law Center by clicking the Live Chat button on this page.