Dependency and Indemnity Compensation for Surviving Spouses and Dependents of Veterans 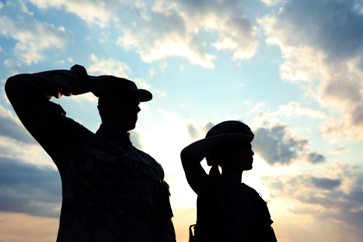 Veterans who suffered a disability due to their service in the Armed Forces may be eligible for VA disability benefits. In addition, spouses and dependents of a Veteran who died while in active service or due to a disability may be entitled to Dependency and Indemnity Compensation (DIC).

Dependency and Indemnity Compensation is a monthly benefit that surviving spouses and dependents of Veterans may be entitled to from the Department of Veterans Affairs (VA). To be eligible, a surviving spouse must prove she was married to the Veteran by showing one of the following:

In addition, a surviving spouse must prove that the Veteran died while in the Armed Forces or due to a service-related condition. There are three ways this requirement can be met:

If the Veteran was entitled to benefits due to a 100 percent disability rating, he must have had the rating for one of the following time periods for his spouse or child to receive DIC benefits:

Dependents Who Are Eligible for DIC Benefits

A child must also show that the Veteran’s death was caused by his years of service or that it was due to a service-connected injury or disease to receive DIC benefits. All of the following must also be true:

Are you a surviving spouse or child of a Veteran? Our experienced VA disability lawyers are here to file your application, collect the evidence you need to establish your eligibility, and fight for the benefits you deserve. Fill out our online form or call our Roswell office to schedule a free consultation to learn more about how we can assist you.